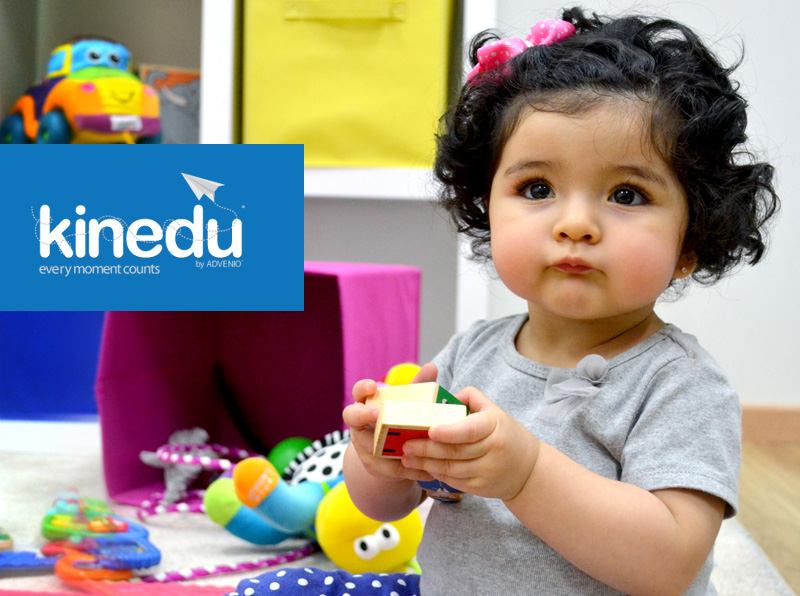 Dila Capital, Promotora Social Mexico, and Social+Capital made a US$1.1m investment in Kinedu, a Mexican tech and content platform for early childhood development, with participation from previous investors Stella Maris, The Stanford-StartX Fund, and Advenio. Previous investors include NXTP Labs and 500 Startups.

(Press Release) Kinedu, a technology focused company for early childhood, closed a round of capital by US$1.1m in convertible notes. The money of the round will be used to climb aggressively, expand the software, anchor the scientific efforts of research and development, as well as develop additional age contents.

Since 2013, Kinedu has aid families understand the early childhood development of their babies, providing ideas for games and activities that focus on the neural connections of the early years.
“We’ve been looking to invest in the space of educational technology for a while, but we hadn’t found the right company. We find an extraordinary product, a huge global market, and one of the best teams that we have seen in the entrepreneurial ecosystem in Mexico. We are honored to be a part of the Kinedu adventure,” said Alejandro Diez Barroso, investor of Dila Capital.

In the round participated: Dila Capital, Promotora Social Mexico, Social+Capital, and invested again: Stella Maris, The Stanford-StartX Fund, and Advenio, the leader in early childhood education in Latin America. Previously, Kinedu had raised a smaller round with investors such as, NXTPLabs, 500 Startups, Advenio, Stella Maris, and private investors as Maria Teresa Arnal, director of Google, Eric Pérez Grovas, director of Jaguar VC, and Blanca Treviño, director and founder of Softek.

“It is a great achievement to add these partners to the team; thanks to them, we will be able to deepen in our investigation by the hand of the world’s leading universities, as well as expanding the team to grow even faster,” said Luis Garza Sada, founder and director of the company. “We hope to improve the product and content to become the only source where families get custom ideas to promote early childhood development of their babies, as well as development knowledge backed by science, and data generated by our application”.