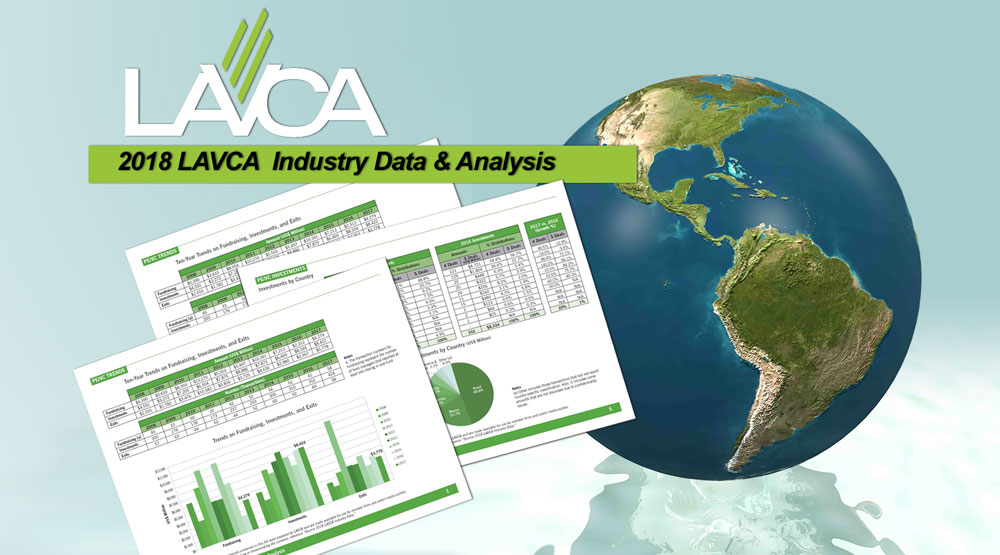 Driven by increased venture capital and mid-market activity, Latin America saw a record number of deals in 2017. Private equity and venture capital investors executed 424 transactions (up from 352 in 2016, 310 in 2015, 306 in 2014, and 233 in 2013), representing the fourth consecutive year with a record number of deals in the region. PE/VC transactions totaled US$8.4b, the second largest amount on record only behind the US$8.9b deployed in the region in 2013.

Information technology was the dominant sector in 2017 with US$1.3b deployed through 218 transactions. The telecommunications sector ranked second by capital invested due to a handful of large-cap deals, followed by renewable energy. Consumer/retail deals ranked fourth by amount invested. 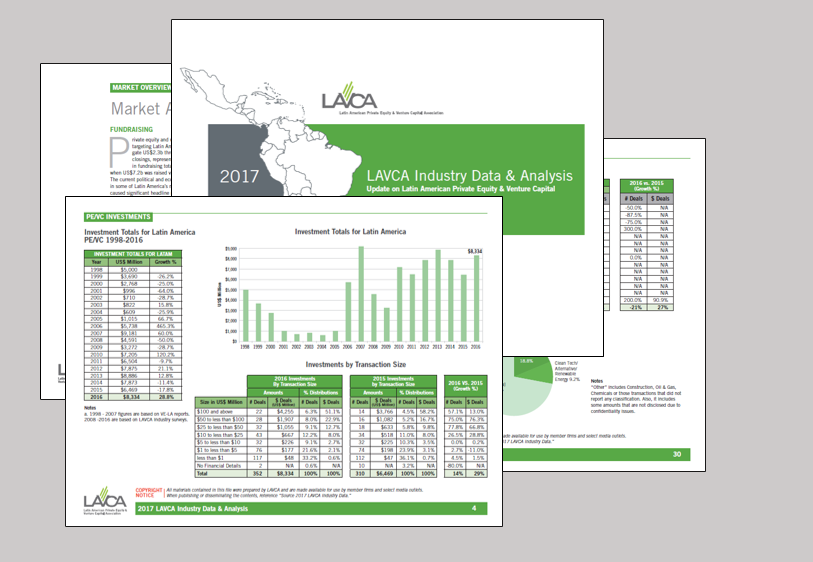 2018 LAVCA Industry Data & Analysis summarizes the results of the Latin American Private Equity & Venture Capital Association’s tenth annual survey of fund management firms active in Latin America and the Caribbean. The survey was conducted in December 2017 and January/February 2018. It also includes historical data on fundraising and investments drawn from available sources. Nearly 400 firms participated in the tenth annual survey, from large international firms investing through global emerging market funds to early stage and VC firms doing deals in local Latin American markets. Approximately 24% of the respondents were firms headquartered in Mexico, followed by Brazil and Chile (18% and 7% respectively). This year, 73% of transactions were confirmed with primary sources. Also, 84% of the deals provided financial details of the transactions (or a range of the investment size). 44% of respondents were non-LAVCA member firms. Survey responses were carefully compared against a range of indices and data sources.
Download 2018 LAVCA Industry Data & Analysis was last modified: March 15th, 2018 by Editor
0
Facebook Twitter Google +