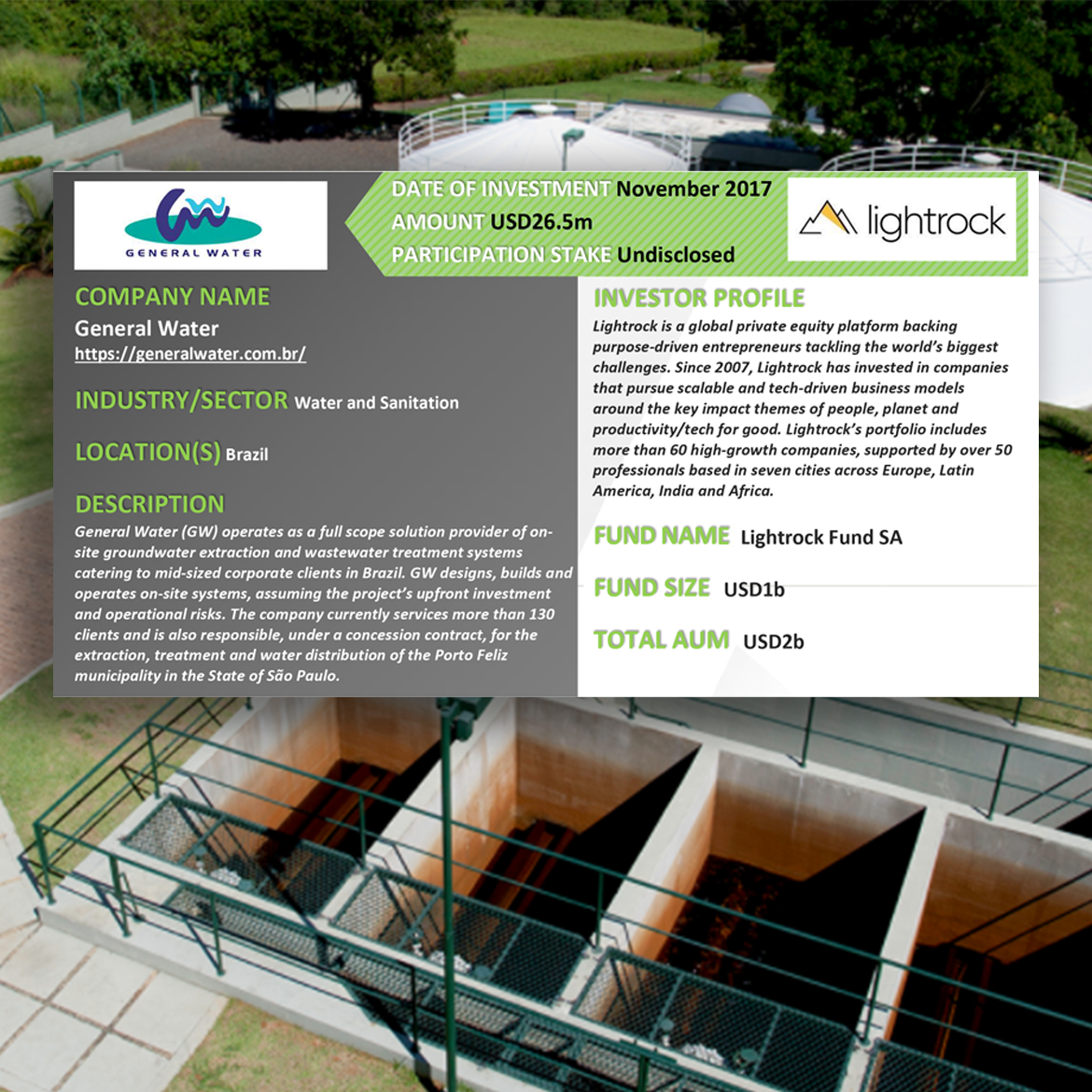 OPPORTUNITY
Water resources worldwide are under unprecedented pressure. The World Bank estimates that there will be a 40% shortfall in water supply by 2030. Brazil — although home to the world’s largest fresh water supply — is not immune to the mounting threat of water scarcity. The combination of climate change, deforestation, rapid population growth, poor urban planning, lack of infrastructure maintenance and widespread corruption has led to water shortages and inadequate sanitation infrastructure in major Brazilian cities.

EXECUTION
In November 2017, Lightrock invested in GW to scale up operations and accelerate expansion into additional regions in Brazil. At the time, the company had 125 active projects in the State of São Paulo. With support from Lightrock, the company is implementing a growth plan to expand into the Northeast region and increase its participation in public bidding processes. Today, GW has over 140 active projects, including large industrial clients. GW is leading a water optimization project at the Guarulhos Airport in the State of São Paulo — the second busiest airport in Latin America by passenger traffic — and a water supply contract for the Ford manufacturing plant in Camaçari in the State of Bahia.

ESG IN FOCUS
GW addresses the critical challenge of water scarcity through the extraction of groundwater and the recycling and reuse of
wastewater. By providing alternative sources of water to corporate clients, GW reduces demand on public utilities and frees
supply to cover the water needs of approximately 150,000 people annually. Groundwater pumped by GW is naturally replenished at a faster rate than it is used, allowing for sustainable long-term extraction. In the State of São Paulo, groundwater reservoirs are recharged between 30-40% more than the current exploitation rates…. download the full case study to read more.