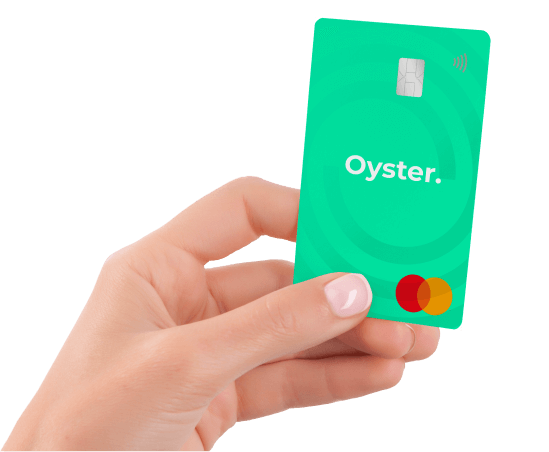 (LABS) After Brazil, Mexico is the next battleground for fintechs and, particularly, neobanks in Latin America. This is the premisses behind what is supposed to be the largest seed investment round in a startup of this segment in the region, according to LAVCA: this Thursday, Oyster Financial, a Mexican neobank that has developed its own core banking technology platform, announces a $14 million seed funding round led by monashees in Brazil, and SV Latam Capital in San Francisco.

Other investors participating: Labs, Fintech Collective, Kevin Efrusy, Redpoint eventures, S7 Ventures, and Ulu Ventures. According to the company, the infusion will be used to accelerate Oyster’s growth in Mexico. Focused on small on medium-sized businesses, in addition to startups and individual entrepreneurs, Oyster wants to be the ultimate solution in digital banking in Mexico. It will use the seed round to expand, launch credit products, and start to roll out new pieces of its platform.

And there’s a lot of room to grow. “Our vision is to be long-time partners to our small business customers. First, with fast, easy access to B2B financial services at a fair cost, and then through the creation and rollout of innovative services that drive more stickiness by helping small business owners maintain the health and wellness of their companies and provide them with ingenious new products that integrate with Oyster’s core offerings and drive growth for their bottom lines,” says Oyster’s CEO Vilash Poovala. He co-founded Clip (formerly PayClip), a late-stage B2B electronic payments startup that’s on track to become Mexico’s first unicorn – despite being Latin America’s second-biggest economy, Mexico still doesn’t have a startup valued at $1 billion or more.

Mexico is still far away too from being a cashless nation. Informality reigns across the country’s labor market and financial system. In the first quarter of 2020, Mexico had 57 million people economically active, and 56% of them had informal jobs, according to the country’s National Institute of Statistics and Geography (Inegi). At the same time, the use of cash in 2020 increased almost 18% in last June when compared to the same month of 2019, according to Banxico – that is, even amid the COVID-19 pandemic, which has boosted the digital behavior as a whole, cash is still king for the vast majority of the Mexican population.

What is seen by many as a challenge, though, it can also be an opportunity in the eyes of investors. Despite the already mentioned difficulties, Mexicans are highly connected people. The country is the fifth-largest market for Facebook.

And at this moment, according to the Economic Commission for Latin America and the Caribbean (ECLAC), the Internet is mitigating the impact of the coronavirus crisis on companies in the region, and in people’s income. The organization states that between March and April 2020, the number of business websites jumped by 800% in Colombia and Mexico, and around 360% in Brazil and Chile. “The need for a bank account is fundamental to all businesses. While the pandemic has definitely caused a slowdown in new businesses being created, things have not come to a grinding halt. On that other hand, it has sped up the need for existing businesses to change banks and eliminate costs. Oyster has gone through QoQ growth of upwards of 500%,” Poovala told LABS, without disclosing the exact number of current customers of the fintech.

In addition to that, new laws are helping to address the widespread lack of financial inclusion in the country, including the country’s landmark FinTech Law. Launched in March 2018 and taking effect this year, this law offers a framework that allows the development of several fintech business models in the country. Another breakthrough regulation came up in 2016: a new business entity for corporations called a Simple Stock Corporation or SAS.

“The arrival of this new incorporation type called SAS was a huge opportunity for us because Mexico’s banking system was not prepared to handle onboarding them into the financial system,” said Poovala, in the press release.

What does Oyster Financial do?

Co-located in Mexico City and San Francisco, the Mexican neobank claims that it can open business banking accounts for all corporation types and do that for customers in 24-72 hours instead of the average time in traditional banks of at least 4 months.

In addition to fast access to setting up business accounts within two days, the fintech provides debit cards for its customers and offers its own customer support, available 24/7. Similarly to other Latin American fintech, Oyster Financial does not charge customers a fee for bank transfers.

“Oyster is solving a key pain point and delivering something that’s entirely new to Mexico: a fast track for entrepreneurs and small business owners to generate revenues and new jobs that the country’s archaic banking system simply does not address today,” said Consuelo Valverde, founder, and managing partner at SV Latam Capital, in the press release. “Oyster has the most experienced fintech team in Mexico, with a strong track record in startups and global tech companies, including Visa, PayPal, Clip, and Naspers/PayU. I met Vilash when he co-founded Clip, the first investment from our Fund 1. When he called me to share his vision about Oyster, it was a no brainer writing the first check.”

“Latin America represents a huge growth opportunity for fintech entrepreneurs to introduce new technologies that traditional financial institutions in Mexico and beyond have not been able to keep pace with despite increasing demands for innovation,” said Marcelo Lima, partner at monashees.