All About Loggi: Founder Fabien Mendez is Delivering for Amazon, MercadoLibre, & “Everyone” 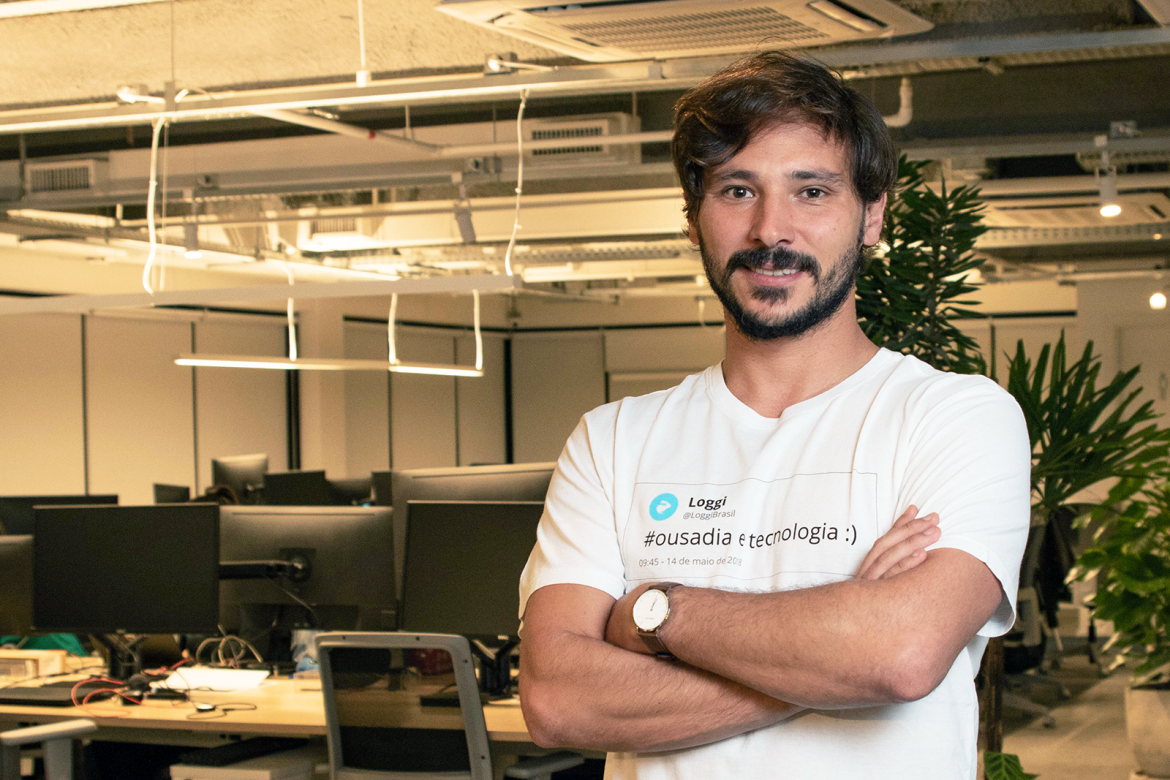 LAVCA recently sat down with Loggi co-founder and CEO Fabien Mendez to understand how a startup that started out doing document delivery in São Paulo has scaled to handle parcel and food delivery for some of the biggest brands and competitors in Brazil, including players MercadoLibre, Amazon, Magazine Luiza, iFood, Rappi, McDonalds, and thousands of others, capturing a rich set of data in the process.

VCs invested almost US$400m in logistics, transportation and distribution startups in Latin America startups from 2017-1H2018. Over US$100m of that capital went to Loggi, a Brazilian logistics platform, and SoftBank’s second investment in the region after investing in rideshare startup 99 in 2017.

Loggi delivers documents, packages, and food for some of the biggest brands and competitors in the country, from Amazon and MercadoLibre to iFood and Rappi. Founded by Fabien Mendez (CEO), Arthur Debert (Head of Product), and Eduardo Wexler, Loggi started as a courier service in 2013, easing a pain point around document delivery in São Paulo that is exacerbated by street traffic and bureaucratic infrastructure.  In 2015, Loggi diversified into ecommerce and food delivery.

Today, Loggi is doing parcel delivery for ecommerce players MercadoLibre, Amazon, Magazine Luiza, Dafiti, Via Varejo, Carrefour, and others, and also does food delivery for iFood, Rappi, McDonalds, Burger King, and thousands of others, capturing a rich set of data in the process.

Yes, even Amazon. Amazon, which quadrupled its logistics investment in Brazil in 2018, is still a minor player in the country, and has been “playing a game of catch-up in Brazil,” according to Bloomberg, partnering with not only Loggi for same-day deliveries, but also with trucking startup CargoX on a logistics pilot for high-value goods.

At first blush, Rappi would also appear competitive; both deploy freelance moto-bike workforces for delivery, and both have ambitions to deliver “everything to everyone.” But they are building out different delivery infrastructure, and from different ends of the spectrum: While Rappi is a consumer-facing app for food delivery, but also cash delivery, dog walkers, e-scooters, and more, Loggi’s business is B2B—or B2B2C, in the case of food delivery. In any case, Loggi CEO Fabien Mendez maintains Loggis’ competition in the food space is the offline status quo, not the tech companies; he estimates 97% of Brazilian food deliveries are still made offline by the restaurants’ own fleets, and Loggi is capturing another 3%.”

More broadly, Mendez appears to view Loggi less as a competitor to these players, and more of an “AWS for logistics,” providing logistics-as-a-service for any kind of business and any size—within Brazil, at least. Within part of Brazil, at least: Mendez says in 2018 Loggi only covers delivery to about 70 million people, or 35% of the Brazilian population, heavily concentrated in the major metropolitan areas.

By 2020, Loggi aims to cover 90% of the population, including Brazil’s under-served north and northeast regions, and eventually get to 100%. Mendez views this as much as a market opportunity as an impact opportunity:

It’s about social impact. You can reach everyone without losing money with a great delivery experience. Most of the cost is in the last mile, and in rural areas, you don’t need to necessarily take it the last mile; you can walk the last 100 meters. We’re partnered with mom-and-pop shops that serve as pick-up points as well.

Mendez says Loggi’s price is also cheaper on average than the national mail service, Correios, which increased its rates this year. “We were the premium service—premium price before. Now we’re premium service—cheap price. And soon, we’ll be for every Brazilian.”

Loggi has scaled to date with less than US$150m in funding—relatively little cash, when you consider the sophistication and scale of its physical infrastructure, including 24 urban sorting hubs across Brazil and over 10,000 drivers using Loggi mobile payment devices. Prior to the US$111m Series D SoftBank led earlier in 2018, with participation from KaszeK Ventures, Qualcomm Ventures, and Iporanga Investimentos, Microsoft Ventures and the IFC led a US$15m Series C in early 2017.

Mendez attributes Loggi’s capital efficiency in part to two contours of the Brazilian market: Unlike a more decentralized market like the US, Brazil has a commerce center, and that center is São Paulo. 95% of the retail warehouses in Brazil are within two hours of São Paulo, according to Mendez. In Brazil, Loggi also takes advantage of a sizable built-in workforce of over 2 million freelance drivers, including trucks, moto-bikes, cars and vans, currently working with 10,000 active drivers. “More importantly, we pay great attention to driver retention through high daily gains, resulting in Loggi having the lowest driver churn level in the world (below 0.9%),” Mendez says.

Just because digitally powered logistics infrastructure is coming later to Brazil does not mean that Loggi is particularly interested in replicating what works in the US. Mendez says he is more interested in re-inventing logistics altogether, and is more inspired by China, which has denser cities than the US—“more like Brazil,” Mendez says.

Loggi is the only player in Brazil that has built out urban sorting hubs, or cross-docking logistics centers in the middle of the city that make parcel delivery faster and cheaper. The same sorting hub might handle Amazon’s packages side-by-side MercadoLibre’s. Photo scanners match parcels with drivers who can accommodate down to the centimeter by using off the shelf hardware (Microsoft Kinect) to gather volumetric data and maximize trunk utilization. And end-users can track their deliveries in real time with Loggi’s app, with live customer support.

AI is applied ubiquitously along the logistics value chain for fleet dispatch optimization, fraud detection, route optimization, no-show prevention, and customer support. Mendez says route density is the most important metric to build: “Combining great software (AI, mobile) with state-of-art operations (urban hubs, robotics, IOT) and scale, we manage to continuously decrease price while increasing margins and serve our partners with higher income. This is a true and long-standing moat.”

All this with about US$40m in funding, and without really touching the capital from SoftBank yet, according to Mendez. His recent advice to other entrepreneurs:  “Try not to have a strategy which relies only on raising a lot of capital. The truth is you won’t find this money in Latin America. Try to build a strategy which relies on a good product that is more capital efficient.”

If money isn’t the barrier to scaling, what is? “Culture is the most important thing—people, product,” Mendez maintains. “Our biggest enemy is ourselves. Our dream is to have the biggest and best engineering team in Brazil.”

All About Loggi: Founder Fabien Mendez is Delivering for Amazon, MercadoLibre, & “Everyone” was last modified: November 28th, 2018 by Editor
DeliveryITLoggiLogisticsSoftbank
0
Facebook Twitter Google +