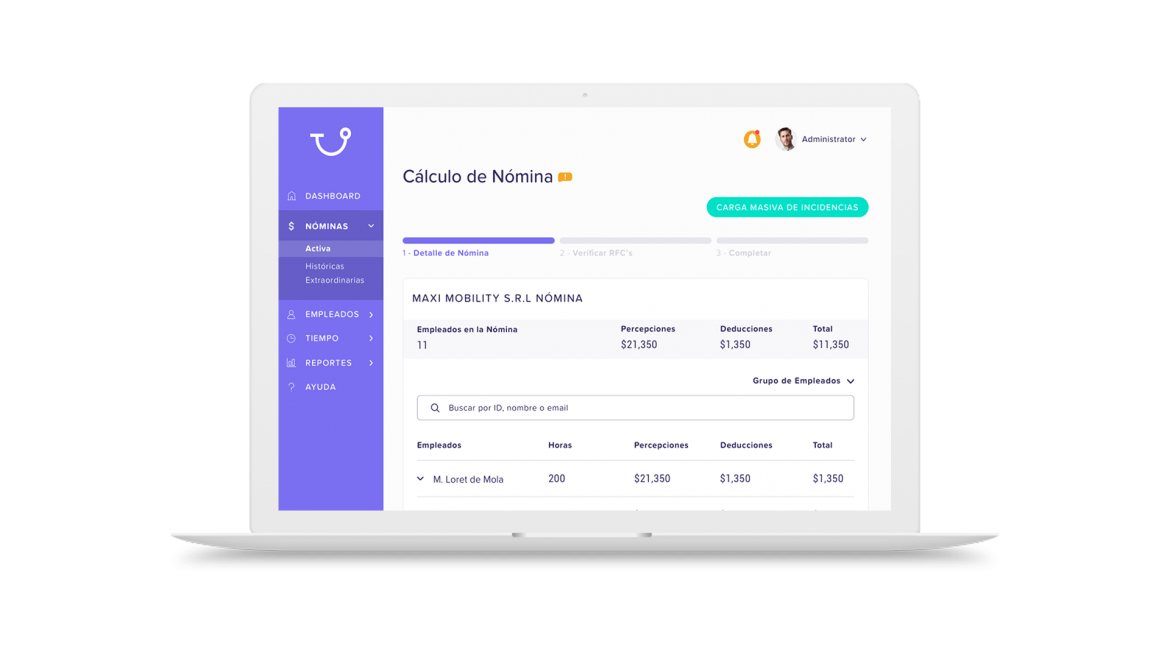 Salesforce Ventures made its inaugural investment in Latin America in RunaHR, a payroll automation platform, in a US$3.5m seed round that included Y Combinator, the founder of Gmail, CTO of Dropbox, executives of Rappi, Nubank, Cabify and WeWork Latin America, and HR experts including the CTO of Zenefits, former Head Sales Head of Gusto and former Product Manager of Gusto.

(Press Release) Mexico City, June 5, 2018.  Runa, the platform automating payroll in Latin America, cuts the time it takes to manage payroll and HR in half for SMBs.  Only 5 months after its launch, the Silicon Valley- and Mexico-based startup is experiencing rapid adoption in Mexico.

The idea was born when Courtney McColgan, founder of Runa, experienced the complexity around people management in Latin America during her previous position as CMO of Cabify. It was difficult for her to obtain key employee information, and ensure her team was being paid on-time and correctly. Even with a dedicated HR department, it was impossible due to the limited solutions available in the market.

The goal was to create a system that was always up to date and that automated everything – payroll, employee information, incidents, contracts and reports. Something would be as easy-to-use as Facebook and as accessible in price as Gmail.

“Existing payroll software in Latin America is not built for the SMB. It is extremely difficult to use, requires a lot of manual processing and is very expensive. Our platform allows users to automate everything and do so with a much more pleasant interface and a much more modern technology,”  comments Courtney McColgan, CEO of Runa.

In April, Runa closed a seed round of financing of $3.5 million dollars. Notable investors include Y-Combinator, the founder of Gmail, the CTO of Dropbox, the CTO of Zenefits and the executives of the largest startups in Latin America: Rappi, Nubank, Cabify and WeWork Latin America. It is also the first startup in in all of Latin America in which Salesforce Ventures has invested.

“The Latin America market is gigantic. There are 17.5 million SMBs regionally and 4.5 million in our first market, Mexico, “Courtney said. “Even more important, the market is completely greenfield. Runa is the first business software into SMBs after Gmail and Microsoft Office, so you can imagine the possibilities as we expand our product offering over the next five years.  “

Runa officially launched as part of the Y-Combinator Winter 2018 batch in January 2018. During the following 8 weeks, they grew 150% week after week reporting 56 companies and $256K ARR on demo day. Currently, Runa is growing at 50% month-over-month.

Runa (https://runahr.com/) is a modern payroll and HR platform specifically designed for SMEs in Latin America. It is backed by the founder of Gmail;  Dropbox CTO; executives from Rappi, Cabify, WeWork Latin America and Nubank; and Salesforce Ventures.  It has offices in Silicon Valley and Mexico City.