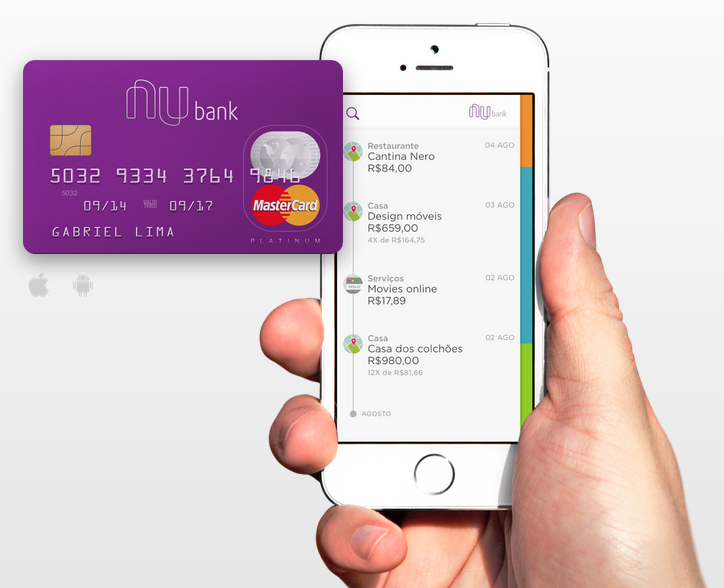 (Press Release) São Paulo, March, 2017 – Nubank, the leading financial technology company in Latin America, has raised a US$150 million Series E round led by DST Global, with participation of existing investors Founders Fund, Redpoint Ventures, Ribbit Capital and QED Investors, and new investors Dragoneer Investment Group and Thrive Capital. DST also led Nubank’s previous investment round in December 2016. Including this round, Nubank has raised almost US$330 million in six investment rounds since it was founded in 2013.

“As Nubank has been cash flow positive since 2017, this additional capital will serve to further strengthen our balance sheet to support the accelerated growth we have seen since launch,” says David Vélez, Nubank’s Founder and CEO. “In a little less than four years, more than 13 million Brazilians have applied to become a Nubank customer, a reflection of how ready consumers were to welcome new alternatives to the significantly concentrated Brazilian banking market. We look forward to expanding our reach and product offering to many millions more in the years ahead.”

“Nubank is one of the most innovative fintech companies globally,” says Tom Stafford, Managing Partner of DST Global. “Last year, Nubank launched multiple new products and surpassed three million active customers, driven primarily by referrals from its existing, loyal customer base. We are delighted to continue our partnership with David and the team at Nubank as they further define the future of consumer financial services in Brazil.”

“We have found in DST Global a long-term partner that believes in our mission to revolutionize the lethargic Brazilian financial system by offering consumer-centric alternatives that people love. We look forward to also work with Dragoneer and Thrive in this quest,” Vélez assures.

2017 was one of the busiest years for the fintech company, with the launch of Nubank Rewards, its proprietary loyalty rewards program; NuConta, a no-fee digital account that has been tested by the credit card clients and will be released to all Brazilians in the upcoming months; and the announcement of its first international engineering office in Berlin. Recently Nubank also received a Finance license from the Brazilian Central Bank that will give the company more flexibility and allow it to operate even more efficiently.