An unnamed group of American, British, Colombian, Mexican, and Peruvian investors participated in the US$525k Series A for Autolab, an autoshop startup based in Colombia. Autolab was incubated at Polymath Ventures. In this interview, Founder & CEO Nicolás Azcuénaga explains how Autolab began as solution to a labor issue that quickly transformed an industry in decline into a first-rate service, disrupting a market expected to exceed $100b by 2021.

LAVCA: What is Autolab?

Nicolás Azcuénaga: Autolab was created as a solution to a labor issue. In Latin America, there’s a problem with regard to quality and stability in the type of work on offer to the working and middle classes. Workers in the auto repair industry receive particularly poor protection, and it’s a sector that employs a huge number of people. 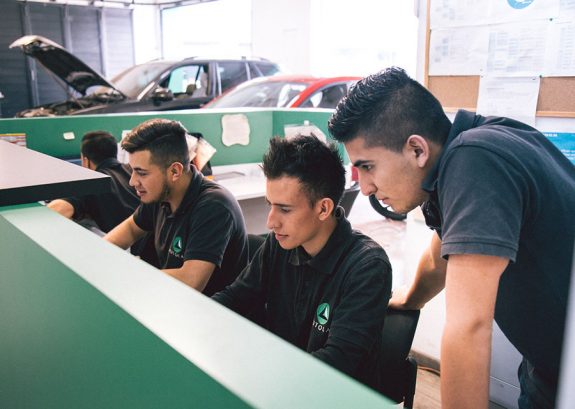 Generally speaking, workers in the auto repair sector experience low job satisfaction. They are demotivated and underpaid, and users receive a poor-quality service. Autolab was founded in order to resolve these two problems, i.e. to provide high-quality jobs and offer users a first-rate service.

In terms of market size, the auto parts and auto repairs market in Latin America is currently valued at $76B. By the year 2021, it’s expected to exceed $100B.

LAVCA: What role has Polymath Ventures played in the Autolab story?

Nicolás Azcuénaga: When talking about the relationship between Polymath and its ventures, an analogy that works for me is the parent-child relationship. A company is vulnerable soon after its formation, and Polymath is there to provide the necessary help. Polymath helped us launch our company and create the initial infrastructure and information systems. As the company has progressed, we’ve become less reliant on Polymath, and the relationship has become more strategic. We’ve even begun to contribute to Polymath by sharing knowledge that could be useful to its other companies.

Dealing with garages and auto repairs, we run a very strong operation at Autolab. And in that regard, we’ve become the model for operations management for the entire Polymath group.

Polymath is a facilitator and an enabler of the entrepreneurial ecosystem in Latin America. Many of us here, myself included, would not have decided to become entrepreneurs otherwise. I’m here because Polymath is right by my side.

LAVCA: From a customer’s point of view, what is the problem you want to fix?

Nicolás Azcuénaga: In general, the middle class receives a poor level of service in Latin America. Those who enjoy a high level of purchasing power have good options, but options are limited for middle-class people and the auto repair industry is no exception. So, what would be a typical situation in the auto repair industry? Well, car owners have two options, one at either end of the scale. They can either go to the dealership, which will be reliable but expensive, or they can go to a cheaper, independent repair shop, where the service and auto parts will be of questionable quality.

Autolab represents a sophisticated intermediate option between dealer-run and independent auto repair shops, and it provides customers with a first-class service at affordable prices. What’s more, we work with multiple makes of car. We offer services ranging from oil changes to bodywork and paintwork to engine repairs, and for every make of car.

LAVCA: Tell us about the journey you’ve made.

Nicolás Azcuénaga: We opened our doors in the middle of August 2014. And in 2015, Autolab had a turnover of just over one billion Colombian pesos. We had a team of 15 people. In 2016 — 12 months later — Autolab ended the year with sales of over 2.1 billion pesos and a team of more than 35 people. We doubled our figures in almost every aspect. We ended 2017 with a team of over 70 people and sales in excess of COP$3.1b.

LAVCA: Who are the main users of your platform?

Nicolás Azcuénaga: We have three types of clients, who correspond to three different products. The first of these is what we call the retail product and is aimed at private individuals — like your mom your aunt, your cousin, etc. — who have a car and need someone to service it.

The second type of user is the corporate user, or what we call B2B, with small car fleets. These are companies with, say, 10, 12 or 15 cars belonging to the managerial staff, the vice chairmen and the managers, and we service these companies’ entire car fleets. 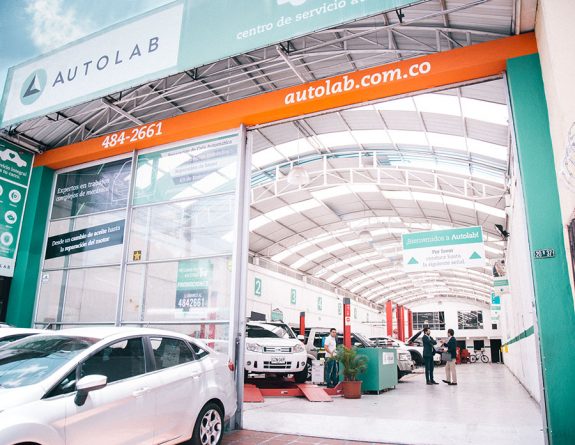 LAVCA: Who are your competitors?

Nicolás Azcuénaga: Currently, we don’t have any direct competitors in this category. In a way, we’re inventing this category of a multiple-make auto repair shop, one that’s not affiliated to a single, exclusive make of the car and that offers an expert service and intermediate alternative to the two traditional options. Having said all that, who would I say are our indirect competitors? More than anyone else, I would have to say it’s the independent repair shops.

LAVCA: How are you using technology to increase the efficiency and productivity of your business?

Nicolás Azcuénaga: We’ve invested heavily in technology. So much so that we design and develop our own operations systems. So, how do we view the role of technology? We’ve learned that this business – auto repair shops – is about doing two things really well. The first is to generate and maintain trust. We’re a machine for generating and maintaining the trust of our users, and we always assume that they initially view auto repair shops with a degree of distrust.

The second thing we need to do really well is to manage information. This begins with the advertising that potential customers see on Facebook or Instagram and doesn’t end until those customers leave the repair shop satisfied with the service they have received. The number of information contact and transfer points is huge, whether they’re between the advertising and the sales advisor who answers the phone, or between that same sales advisor and the moment an appointment is scheduled. And afterward, when the customer arrives at the repair shop for the first time and hands over their car, when you call them to provide them with tracking information on their car, when you tell them it would be advisable to take a look at a few other things, when they request an additional service, when they come to pay the bill, and when they leave. It’s a very long chain. So, generating and maintaining trust and managing the relevant information are the two main things.

That said, technology plays an essential role in both. With our platform, we can be sure about our information and confident that we’re minimizing the errors at each of the interfaces mentioned. Every interaction with the client is recorded. What were they told? What were they promised? What commitment has been made? What is the agreed delivery time? Etc.

LAVCA: How do you explain the opportunity to your investors? 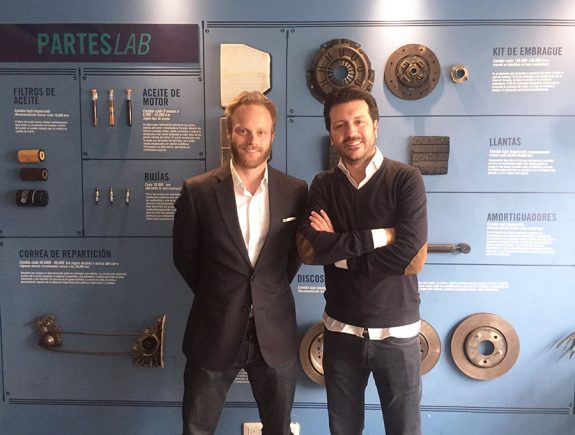 Nicolás Azcuénaga: The opportunity is very easy to explain. For a start, 98% of the investors I’ve spoken to are users of Autolab, and they have an immediate connection with an understanding of the need. And what’s most interesting is that it’s the same with all our investors, whether they’re Colombian, Peruvian, Mexican, American or British. They all experience or have experienced problems with the various auto repair services, and they realize there is a profound need for an alternative such as Autolab.

Autolab operates like a virtuous triangle where one of the vertices is represented by a first-class team of auto repair shop experts. There aren’t many workshops in Latin America that have as good a team as Autolab. And combined with this team are state-of-the-art methodologies and frameworks from different sectors. So, for example, the COO at Autolab, Salvador Cepeda, has a background in the consultancy industry and previously worked at McKenzie. And the CTO at Autolab also has a background in the technology business. He had his own technology startup, as well as working in technological development for a multinational. I myself am from the oil industry, and you’ll find people across the whole team who likewise are from different industries.

A business is not the product of necessity and opportunity alone. It’s the combination of how we do things that provide us with the unique opportunity to create an exponential solution.

LAVCA: What are the next steps for Autolab?

Nicolás Azcuénaga: I would divide the future of Autolab into three important stages. The first step is to secure our cash flow while continuing to perfect the operating model that we have up and running now. Over the next three years, we’ll continue to validate the proven operating model we have here in Bogotá and see if it can work in other regions of Latin America. We’re going to start operations in different cities in Colombia and in other Latin American countries. Among other things, we’ll learn how to operate in these other locations and gain an understanding of labor market and consumer idiosyncrasies, as well as the quality of supplies. Once we’ve put the finishing touches on our productive unit model, we’ll enter the third stage: explosive growth and Autolabs all over Latin America.