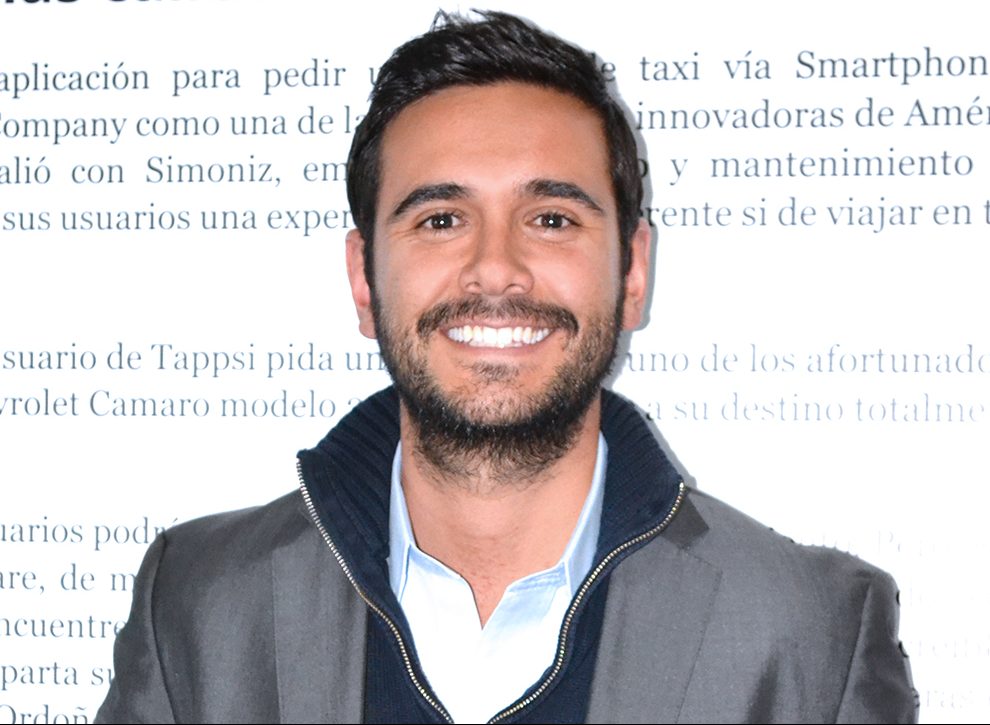 TPaga is a Colombia-based mobile payment platform for the unbanked. In 2017, Silicon Valley fund Green Visor Capital led a US$2.5m investment in Tpaga, and Y Combinator invested US$120k. Co-founder Andrés Gutiérrez talks with LAVCA about how TPaga emerged from running Tappsi, a Colombian taxi app that merged with Easy in 2015, the opportunity to bring mobile payments to the unbanked, and the importance of competition.

LAVCA: What is TPaga? What made you realize you wanted to do this?

Andrés Gutiérrez: TPaga is a mobile wallet for the unbanked.

Before TPaga, we developed Tappsi, the largest taxi app in Colombia, where we were confronted with the problem that 99% of the 300 thousand taxi drivers in Colombia do not have a bank account. We needed a platform that would support credit card payments, with the challenge of paying the taxi driver without a bank account.

We partnered with two banks, which had many challenges. We were desperate. We saw that the solution in countries like China, India, and Indonesia was a proprietary mobile wallet, so we developed TPaga within Tappsi.

We also realized that banks don’t have information on the incomes or expenses of the unbanked, so they can never give them loans. With TPaga, I’ll be able to show them “Hey, there are a million people earning 200 thousand pesos a day. We can offer them a micro-product.”

There is a huge market for this type of product in Colombia.

According to the World Bank, 30 million (out of 50 million) Colombians are unbanked. 90% of consumer transactions in Latin America are made in cash because this population did not have the opportunity to receive money electronically, until now.

LAVCA: Who are the founders?

Andrés Gutiérrez: We, two of the Tappsi founders (Juan Salcedo and I) and the lead developer of Tappsi (Sebastián Ortiz), founded TPaga in 2015. Today, our company employs over 30 people, and we have the first mobile wallet in Latin America that lets the unbanked make cell phone recharges, pay for public services, and make physical purchases in neighborhood stores and gas stations.

LAVCA: What is the problem you’re trying to solve?

Andrés Gutiérrez: What banks have not been able to do after 50, 100 years: How do I reach a person or a town with less than 100,000 people? You shouldn’t open a new branch; you have to use the existing infrastructure. Today, the rate of cell phone penetration in Colombia is 120%. Cell phones can already replace banks. 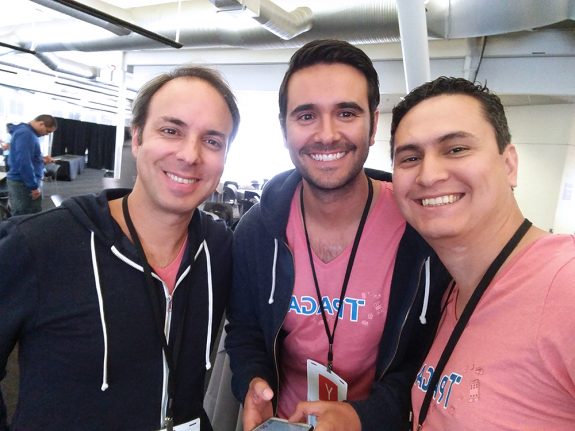 We’re incorporating this informal economy, studying where money is being spent, and creating solutions so that a neighborhood store owner can use TPaga and receive money with just a QR code.

LAVCA: This could actually become a personal finance tool, because you can see where you’re spending your money, right?

Andrés Gutiérrez: Absolutely. We’re going step by step. There’s a lot of potential in personal finance and microlending. If I know exactly how much you’re spending and on what, I can ask you, “Shall I give you a loan so you can buy these products?” This is a trend not only in Colombia but also in the rest of Latin America, particularly in Mexico.

We partnered with the largest Western Union Colombia branch, and they told us, “We have a problem handling cash.” Let’s say that my aunt sends me $500. I can go to any Western Union in the country and get this money. But Western Union doesn’t know when and where I’m going to withdraw the money; it doesn’t know where the demand will be. Every day, an armored truck has to stop at every branch and make sure that it has enough cash. It’s a terribly high price, and for me, the person who’s receiving that money, I don’t have the time or the desire to go to a branch and look for it and keep it safe so that I’m not robbed.

With the Western Union–TPaga partnership, as soon as my aunt sends the money, she sends me a code, I type that code into the app, and I automatically have the money in my wallet.

LAVCA: What should someone who isn’t familiar with the payment market in Colombia understand?

Andrés Gutiérrez: Colombia has a huge market opportunity; it’s the third largest market behind Brazil and Mexico. To really understand the unbanked population in Colombia (30 million), you have to realize that this number is over three-quarters of the population of the rest of Latin America combined.

LAVCA: What type of access do Colombians have to banking services?

Andrés Gutiérrez: According to the figures we read, there are approximately 25 million debit cards and 13 million credit cards in the country. However, this doesn’t mean that there are 38 million people with cards because some people have several credit and debit cards. 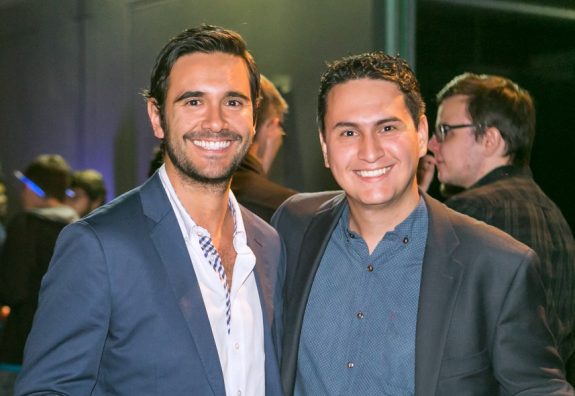 Within our niches, we’ve seen that 95% of our core users – truck drivers, domestic workers, couriers, and taxi drivers – are unbanked, and we estimate that there are over 1 million people in the on-demand economy, so we’re talking about over 900 thousand people without a bank account, 900 thousand people who are going to need a solution like TPaga so that they no longer have to depend on cash and get all the benefits of a mobile wallet.

We’re just starting out, but we’re seeing that people are using this to purchase consumables. Of the four products we offer, which are paying for public services, reloading cell phones, gasoline, and insurance, 80% of purchases are for gasoline and reloading cell phones.

LAVCA: Do you have any competition?

Andrés Gutiérrez: Yes, and I think that anyone who says they don’t have competition is not creative enough to see who can be their competitor. Right now, no other company has the same product as us—similar ones, yes.

There are foreign companies in the same sector, like Apple Pay and Samsung Pay, but they depend on a credit card to make transactions. At the same time, mobile wallets that are working with the unbanked population only offer online services.

We are the first mobile wallet that lets someone without a bank account make physical purchases at retail stores and gas stations.

LAVCA: Have you been inspired by other models?

Andrés Gutiérrez: We’ve definitely been inspired by companies like Alipay, M-Pesa, and Paytm in India – which grew to 250 million users in five years.

LAVCA: How has the business been funded so far?

Andrés Gutiérrez: We made a SAFE; it’s Y Combinator’s standard investment instrument, and it’s the easiest, both for the entrepreneur and the investor.

With Tappsi, the question we were asked was “How much are you worth?” If you’re pre-revenue, I can’t make a free cash flow projection to see how much you make; I don’t even know how you’re going to make money. We were pre-positive cash flow. It was very difficult to figure out how much the company was worth, and we spent five months trying to see eye to eye with investors about this. When a company is that small or new, it’s very difficult to come to an objective agreement on how much it’s worth.

So what we did is “invest, and eventually, when there is a price round, this money will be converted into shares with a discount or a cap.” For example, if tomorrow TPaga is worth $100M, the investor who got involved now converts to $80M, so to speak, and so he earned exactly that profit from the worth.

The SAFE is practical and simple: It’s a three-page document, the investor doesn’t have to exercise due diligence, and they’re not legally responsible if anything happens to the company.

We fundraised US$1M and then US$2.5m more on YC from smart investors, people who have scaled companies, who have invested in fintech before. Our lead investor was Green Visor Capital, which is 100% focused on fintech. We also got VCs from Latin America, including Toro Ventures in Mexico, in hopes that they will be our ideal partner to launch in that country.

We also have angels who work at Amazon, Google, Netflix, and Facebook who are really helping to scale the company, develop flexible methodologies to get new product functionalities, hire a development team, and identify the metrics we need to assess and communicate to the company.

LAVCA: What attracted you to Y Combinator and how has it been useful to you?

Andrés Gutiérrez: It’s still too early to evaluate all the doors that YC has opened for us.

With Tappsi, we were never able to access capital in Silicon Valley because we didn’t have a bridge. Through YC, we were able to access smart money and mentors and entrepreneurs who have helped us scale.

LAVCA: This is not your first startup. Is there anything you learned from your experience at Tappsi that’s helping you now at TPaga?

Andrés Gutiérrez: I’ll take an axiom from the book The Hard Thing About Hard Things by Ben Horowitz: “hire slow, fire fast.” People are what carry a company. With the right person in the right position, you can have the best marketing strategy, the best funding, but you’re not going to be able to scale or you’re going to spend a lot of money.

With Tappsi, we hired very quickly because we didn’t know how to anticipate the needs the company was going to have later. We also launched very quickly without determining the operational or administrative load that that creates. At one point, we launched in three cities in the same week, in two countries very quickly, and we lost 70% of the capital in those markets, and we had to close them. We learned that the company has to be mature enough to launch internationally.
Something we’ve learned from companies in the United States is how to win the hearts of employees, how to communicate with them so that they understand the impact of what they’re doing on the company. We strongly believe in the well-being, retention, and care of the talent.