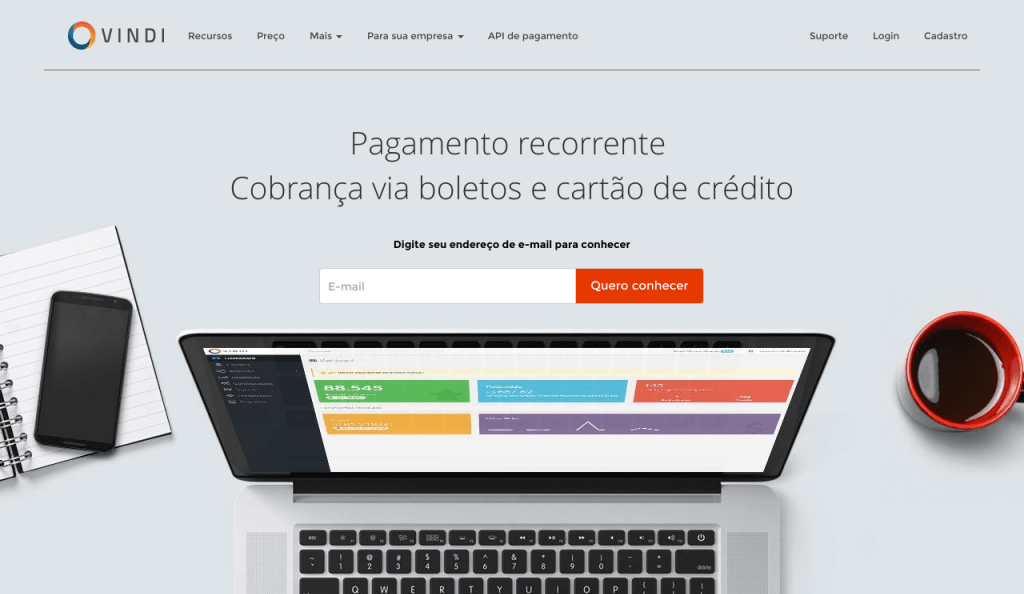 (Press Release) Fintech Vindi, an online payment platform focused on the service industry, has just announced R$ 5.8 million investment round, coming from Criatec2 fund (one of the most active in the country) managed by Bozano Investimentos and looking to new acquisitions.

Founded in 2013, Vindi is the leader in payment solutions in signatures, plans and monthly payments in Brazil. The company, led by former Itau Bank executives and software engineers, plans a strong expansion for e-commerce and digital transformation of large companies in the next years.

The company acts strong in banking automation of different kind of customers from retail and service sector. With more than hundreds of different integrations with banks, credit card acquirers and financial solutions, Vindi potentiates several kind of business. “Part of our growth is why we maintain our identity in not depend on card-operator exclusivity, accreditation, and bank solutions. The client decides where and how he wants to sell, “says Rodrigo Dantas, founder and CEO of the company.

Subscription Economy and Software as a Service

The economy of recurrence and software as a service (saas) are major catalysts of Vindi’s business, once half of the business and results of the company, comes from companies with subscription models/saas. This is also the biggest motivation for Zuora’s IPO, Vindi’s benchmarking and leader in recurrence business in the US market, which plans to open IPO soon.

According to Gartner, in 2020, 80% of technology companies will generate revenue through subscriptions. This is also the key issue for the major software distribution discussions around the world.

Vindi has a payment processing platform that will reach U$1.5 billion volume transacted in this year and emerges as one of the largest companies of the sector in the country. Serving clients as Multiplus, Editora Abril, Thomson Reuters, VivaReal, Movile and some of the fastest growing startups in the country, the company has the largest Brazil’s independent payment gateway, since other players were bought by the acquirers (payment accreditation companies).

Not usual, for the segment, Fintech Vindi has accumulated in 4 years, 3 acquisitions in its history. Starting with the sub acquirer Aceita Fácil (2016), the SaaS for invoices (Fast Notas), also in 2016 and finally its main competitor, Smartbill (June of 2017). “Part of the strategy of these acquisitions is to further complement Vindi’s offer to other segments and sectors,” says Dantas.

With the new capital injection, the company plans for the next few days a new headquarters to accommodate around 80 employees, to make investments in technology, growth, acquisitions of other fintechs and prepare for the regulation of payments that is strong ahead.