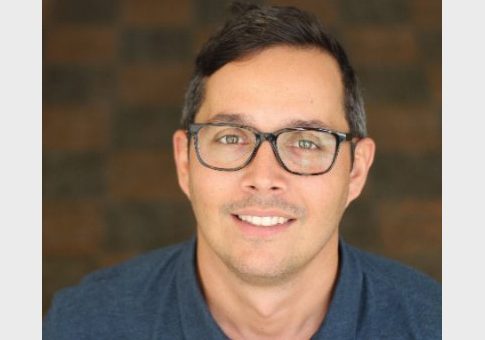 (Press Release) RIO DE JANEIRO, BRAZIL – MAY 12, 2017 – Nibo, a Brazilian fintech innovator that is transforming the way accountants and SMB entrepreneurs interact and thrive, has raised R$20m (US$6.27) in a new Series A investment round led by new investor Vostok Emerging Finance with participation from current partners Redpoint eventures and Valor Capital Group. Having already attained its profitable break-even point since its founding in 2012, Nibo will use the new investment to develop and introduce new functionalities to its small business financial management platform and to promote its rapid commercial expansion in Brazil.

Nibo’s online platform is designed to facilitate interactions between accountants and small-to-medium sized businesses (SMBs), automate processes, and increase business productivity in a country that leads the world in financial regulations and government bureaucracy. Per PwC*, companies in Brazil currently spend approximately 2,600 hours per year to comply with tax and accounting regulation, more than anywhere else on Earth, compared to an average of 264 hours per year for countries around the globe.

Accountants in Brazil are also co-responsible for management of customers’ financial statements and they face stiff penalties if there are issues with their work not being accurate or compliant.

The Nibo team led by CEO and co-founder Gabriel Gaspar decided to embrace the challenge of supporting an under-valued professional in Brazil, the accountant. The company, which launched the first version of its small business financial management software in 2012, has reaped the fruits of this innovative strategy through rapid growth. It has continually made platform improvements to benefit accountants and customers. One key technology strategy has been platform integration with 60+ accounting software solutions in Brazil, including Dominio Sistemas, now owned by Thomson Reuters, Folhamatic purchased by Sage, and Prosoft purchased by Wolters Kluwer.

“A lot is said about the difficulty of managing a small business in Brazil, but what few people know is that accountants can and should be a great ally in this task. And managing one’s own accounting office is a huge challenge, often greater than that of a small business. To help the small business owner, we must also help the accountant, and promote the integration and efficient dialogue between them. It was this in mind that we developed the new tools of Nibo,” says Gabriel Gaspar, CEO and co-founder of Nibo.

This strategic bet has proven to be right. The company now has a network of more than 2,000 accounting entrepreneurs who use Nibo, both for their own offices and recommending the platform to their thousands of customers to provide a superior accounting service experience.

“Our partners are true accounting entrepreneurs, grounded in technological advancement. They offer sophisticated financial advice to customers using our software, help clients increase their profits, navigate the crisis with more confidence, and know all aspects of their current financial health.”

“The accountant who only delivers tax guidance to his client is dying,” says Gaspar. “Our partners are true accounting entrepreneurs, grounded in technological advancement. They offer sophisticated financial advice to customers using our software, help clients increase their profits, navigate the crisis with more confidence, and know all aspects of their current financial health.”

Nibo’s own team manages its own revenue wisely, taking financial management seriously: the company has rapidly reached its break-even point to profitability prior to this new round, which is something rare among startups. This unusual financial feat was achieved by growing the company’s revenue three times year-over-year, while strictly controlling its expenses. Since the company no longer needs to burn cash to operate, it will use the new funding resources raised exclusively in the expansion of its commercial activities and in the development of new technologies.

“Nibo’s fast growth is so outstanding because it’s successfully addressed a serious, widespread problem that afflicts both Brazilian SMBs and their accounting professionals that have championed Nibo’s fintech platform and promoted it to their networks of customers,” says Redpoint eventures’ Managing Partner Anderson Thees. “The company is led by an experienced and committed team, and its technology is providing more financial control and improved cash flow, which solves the most frequent cause of mortality for these companies. Nibo’s own financial results are impressive, and this new investment round will only accelerate the company’s rapid pace of expansion.”

“We’re very excited to make our second investment into Brazil and our maiden investment in the accounting SaaS space,” says Vostok Emerging Finance Managing Director Dave Nangle. “After our initial attraction to the scale of Nibo’s opportunity to serve Brazil’s sizeable accountant and SMB marketplace, we see potential for a broader array of financial services for Brazil’s underserved SMBs as a natural extension of Nibo’s core offering. Gabriel and his team at Nibo impressed us from the beginning, and we look forward to supporting their continued upward trajectory.”

Fintech investment is a particularly hot tech sector in Brazil, and global investments in fintech have continued to rise. There are now 244 fintechs in Brazil, and the number of startups in the sector have tripled during the last two years, according to ABFintechs, the Brazilian fintech association.
For more information on Nibo, visit: https://www.nibo.com.br