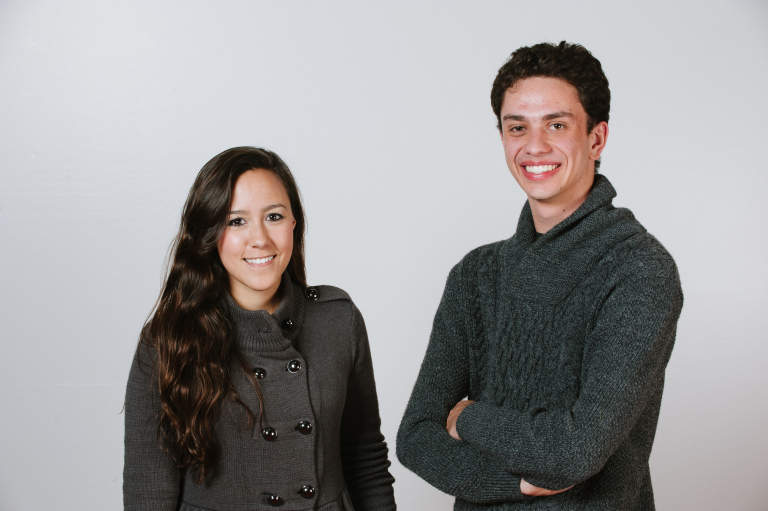 Leveraging post-literate tools like YouTube and emojis to create a website and mobile app that allows people to review the books they’re reading while they’re reading them, Beek is a startup that embraces the amazing contradictions of the internet age.

Graduating from the most recent batch of Y Combinator, the Mexico City-based company began as a hackathon project in Austin, Texas, where co-founder Pamela Valdes was studying at the University of Texas.

It was at the AngelHack hackathon that Valdes met her partner, Max Holzeu, a Guatemalan immigrant and coder who was working at a web studio in the city.

As the only person at the hackathon who didn’t know how to code, Valdes said she was shunned by most of the developers. But Holzeu was intrigued (and maybe a little piteous) by the brave woman who came with an idea but no technical chops, and agreed to work with her on the project.

The initial idea for the company actually pre-dated the hackathon, where Valdes had gone to rustle up some talent to help her build a minimum viable product. The idea came from a class that Valdes had talked her way into with the famous venture investor Robert Metcalfe, a professor on the faculty at the UT Austin.

“I didn’t have a product before I had the class with Bob,” Valdes recalls. “I had the idea with 10,000 followers on Facebook when it started. I did a lot of sketches and mock-ups on the design.”

By the end of the class, when she had met Holzeu, Valdes knew she had a business and convinced Max to return to Mexico City with her to get the idea off the ground.

Once in the app, a user can either browse through book titles or genres that are automatically populated or import a reading list from GoodReads. This user had a hard time getting the integration with GoodReads to work and wound up giving up on the process after waiting about a minute for the integration to occur.

Under the genre heading (with categories like “Teen,” “LGBT,” “Dystopias,” and “Fantasy”) users get pre-populated book suggestions as well as clips from famous BookTubers (YouTube reviewers who film book reviews).

In Mexico, where BookTubing (creating book reviews on YouTube) is a thing with its own conference, Beek has been racking up the hits.

Ideally, future integrations would include getting access to book lists in an Amazon, iBooks or Google’s Play Books accounts.

Already the company has about 250,000 monthly active users, who have reviewed roughly 200,000 titles and, according to the founders, the company is only just getting started.

Beek has loftier goals than simply being a book review site. Like Amazon founder, Jeff Bezos, Valdes and her partner see books as a gateway to an expanding number of markets.

Ultimately, the company wants to be the user-generated source for online reviews across Latin America.

“Amazon is not really popular in Latin America,” says Valdes. “There’s a huge opportunity in becoming the trusted review site for people and then using that platform to sell products.”

A vision like that could turn this simple book review site into a next-generation e-commerce juggernaut.