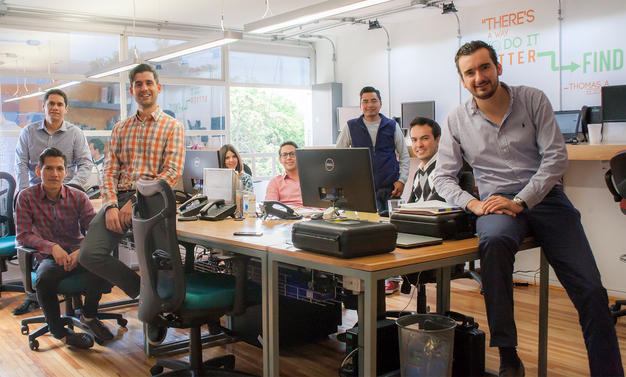 (Press Release) ALLVP announces a follow-on investment in the Series B financing round of Mexican solar energy pioneer, Enlight, alongside strategic co-investor Engie, the largest independent electricity producer in the world. Enlight will use the investment to fund the company’s geographic expansion and accelerate the adoption of photovoltaic (PV) energy generation among Mexican customers.

Enlight allows its customers to benefit from significant savings in their monthly electricity costs, by offering a complete suite of PV energy services ranging from the design, to the installation, monitoring and maintenance of solar energy systems. The company also offers flexible financing solutions making solar energy more accessible for their customers. Enlight’s un-paralleled user experience and the company’s focus on quality and innovation, have allowed it to position itself as the leading solar energy provider for residential and commercial customers in Mexico, having served almost 1,000 customers to date.

Historically, Mexico has been slow to capitalize on its favorable access to solar radiation; in 2016 there were only 260 MW of installed solar energy capacity, representing 0.4% of the country’s total energy generation capacity. However, government is looking to revert this trend and has set the goal to generate 35% of the country’s electricity using clean energy sources by the year 2024. Earlier this year, the Mexican Energy Regulatory Commission (CRE) unveiled a new set of rules and incentives aimed at accelerating the adoption of small-scale solar energy systems. One such incentive, “Net Billing”, allows users to sell the surplus produced by their PV system back to the national power utilities (CFE).

In addition to the privileged access to solar radiation and positive government initiatives, the dramatical decrease of solar system costs are priming the industry for high growth in the upcoming years. In Mexico, the number of users is expected to exceed 155,000 with an installed capacity of 6,000 MW. ALLVP Managing Partner, Fernando Lelo de Larrea, commented on Enlight’s Series B round “We believe Enlight’s outstanding team partnering with Engie’s distribution capabilities and deep expertise in the energy sector, will be in a unique position to leverage on the positive trends disrupting the solar energy industry in Mexico.”

Founded in 2011, by industry experts Julian Willenbrock and Roberto Capuano, Enlight has experienced sustained and accelerated growth since its inception. Having opened offices in Monterrey and recently in Puebla, Enlight expects to reach 40,000 new clients in the next 5 years.

“We are very excited to partner with Engie, an organization that not only has been at the forefront of the global transition towards cleaner energy sources, but that also brings a wealth of experience in the Mexican energy sector that will prove invaluable in executing Enlight’s vision of democratizing access to sustainable sources of energy”, commented Enlight CEO, Julian Willenbrock, on Engie’s investment.