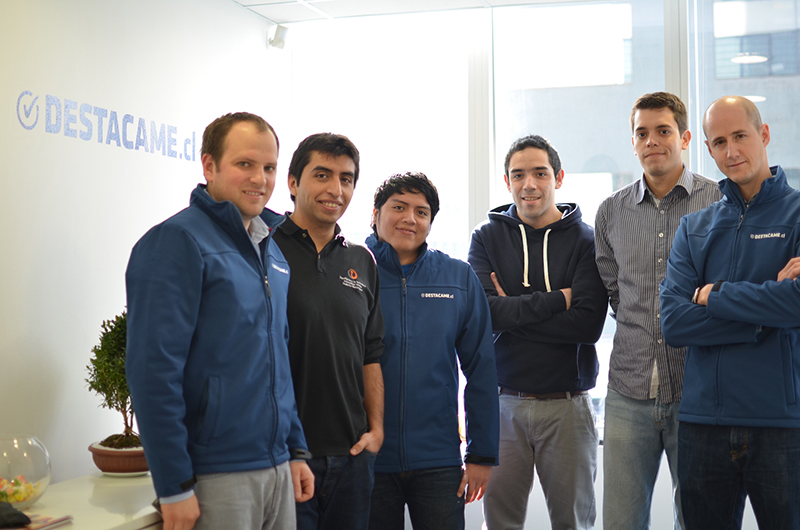 (PR Newswire) SANTIAGO, Chile, Jan. 18, 2017 /PRNewswire/ — Chilean-based alternative credit scoring startup Destacame announced today that it has closed its seed round of financing. Funds will support the expansion of Destacame’s services within Chile and into Mexico in 2017.

“We are thrilled to expand our work with a network of partners who are equally committed to building a more financially inclusive world,” said Jorge Camus, Destacame´s Co-Founder. “This financial support, Accion Venture Lab’s global experience in scaling businesses and working with companies in the alternative data space, and Mountain Nazca’s expertise all over the region, can help scale Destacame’s effort in Chile and throughout Latin America.”

“In too many instances, thin-file borrowers are neglected by formal financial institutions because serving these customers can be expensive, time-consuming, and subjective,” said Michael Schlein, CEO and President of Accion. “Destacame addresses this problem by reducing the time, cost, and uncertainty of working with the underserved. With its strong leadership team, innovative technology, and commitment to the underserved, Destacame can ultimately help more people benefit from the world’s financial system.”

Creditworthy applicants are often denied loans or credit cards because they lack the detailed credit histories on which banks rely to lend. Further, in Chile and throughout Latin America, for those who do have a credit history, credit scoring is primarily negative; it often over-accounts for negative behaviors, and does not factor in positive ones – such as a history of paying bills on time – that are not reported to credit bureaus. Destacame’s algorithm factors in both positive and negative behaviors, helps thin- and no-file customers prove their ability to repay loans, and reduces the barriers that often prevent financial institutions from working with underserved individuals.

The round was led by Accion Venture Lab, the seed-stage investment vehicle of financial inclusion leader Accion, which provides seed capital and management support to innovative startups that expand financial access to the poor and underserved. Venture Lab has already provided strategic advisory services to Destacame as a mentor through the Catalyst Fund. Mountain Nazca and several Chilean angel investors also contributed to the round.