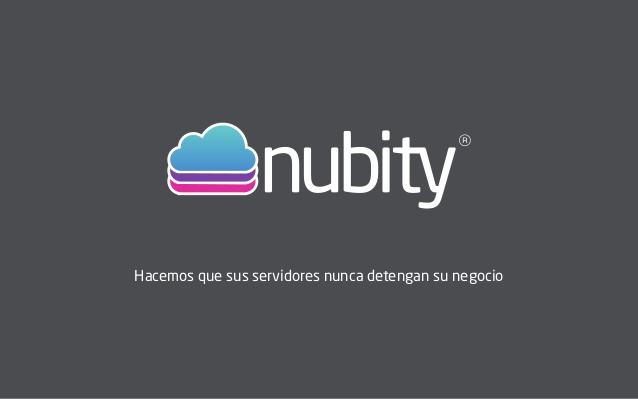 ALLVP announced their follow-on investment as co-lead investor with LIV Capital in the Series A financing round of cloud services provider Nubity with participation from Capital Invent and Stella Maris, increasing the Fund’s stake in Latam’s booming cloud computing market. With offices in Argentina and Mexico, Nubity is the region’s leading enterprise cloud services’ company that offers a suite of cloud-based services integrating companies’ clouds into a unique and centralized platform, making it easier for customers to monitor and manage their physical and virtual servers. Nubity’s open platform that supports the cloud-based architecture of all cloud providers has enabled the company to leverage the infrastructure put in place by leading cloud-hosting partners Amazon Web Services (AWS), Microsoft Azure, IBM’s Softlayer and Rackspace along with cloud technology companies such as Openstack and VMware that are taking the enterprise cloud computing market by storm.

Latam’s cloud computing market is growing at an accelerating pace, set to represent over USD $10.8bn in 2019 powered by a 16% annual growth rate. On a global scale, companies are expected to spend an estimated $1.2 trillion on public cloud services over the next 4 years as leading tech companies lay out their bids to lead the cloud services race with Microsoft launching a new venture arm focused on cloud services, Amazon announcing a renewed focus on cloud products after reporting a record year for AWS hitting over 1 million active enterprise users and Alibaba’s cloud branch set to record an estimated $1.5bn in revenue in 2017. The cloud-based storage and services’ market in Latam has grown exponentially in the last several years, fueled by increasing adoption of cloud-based solutions by businesses and most notably in the small and medium-sized businesses (SMBs) and startup sector where there is a lack of time and financial resources to purchase, deploy and maintain an IT infrastructure. Indeed, Nubity’s core clients are SMBs that have turned to the cloud for capital efficiency, however the company also targets large enterprises that lack internal resources to manage their supporting servers.

Founded in 2013 by tech engineers Dario Peña and Juan Ozino Caligaris in Argentina, who previously co-founded another cloud services company IPaddress, Nubity has already gained strong traction and successfully closed key partnerships with leading cloud providers reinforcing its commercial strategy: “We are very excited to renew our commitment and vision towards Nubity’s success as they continue to scale the Latam cloud services market with their strong product/market fit ”, commented ALLVP Managing Partner Federico Antoni on the Fund’s follow-on investment in Nubity. “After working alongside ALLVP for 2 years and seeing the immense value they contribute in terms of our go-to market and financing strategy, we are thrilled to see the Fund re-invest their interest in Nubity”, announced CEO and Co-founder Dario Peña on re-signing with ALLVP.