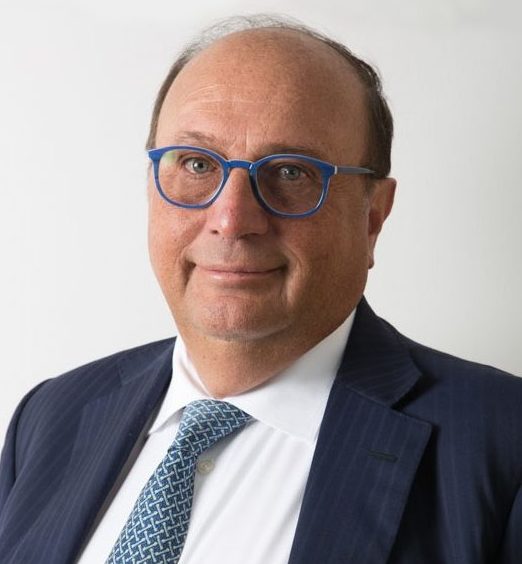 LAVCA spoke with Camilo Villaveces, President and CEO of Ashmore Colombia about the opportunity for private equity investments in the Andean region and how infrastructure continues to be the single biggest opportunity in Latin America. “I would say we have the best investment pipeline that I have seen in my career transacting in the region for the past 30 plus years,” said Villaveces.

Ashmore Colombia believes the countries we target – Colombia, Peru and opportunistically Central America – are the most attractive for private equity within Latin America. The region’s strength is often lost in recent negativity targeting certain emerging markets.

Villaveces: Ashmore Colombia is an Andean private equity manager headquartered in Bogotá, founded in 2009. We are part of Ashmore Group plc which was established in 1992 and as of 31 March 2016, has US$51.3 billion under management, 13 offices and 280 employees globally. Ashmore Colombia’s other shareholder is Inverlink SA, Colombia’s first investment bank, of which I was one of the founding partners in 1986, before leaving to establish Ashmore Colombia as its full-time CEO. The other two members of our senior team, Roberto Perez, Head of Portfolio Management, and Juan Pablo Fonseca, Head of Investments & Acquisitions, worked with me at Inverlink. We launched our first fund in 2010 with US$170 million under management and today we have approximately US$440 million in client commitments, including co-investments.

LAVCA: What opportunity did Ashmore see in the Andean Region and Colombia specifically that led to creating a presence locally?

Villaveces: Ashmore Colombia believes the countries we target – Colombia, Peru and opportunistically Central America – are the most attractive for private equity within Latin America. Colombia and Peru have enjoyed over 15 years of strong economic growth, averaging 4.3% and 5.2% GDP growth per annum, respectively, from 2000 to 2015. The region’s strength is often lost in recent negativity targeting certain emerging markets. Even in 2015, a year of significant adjustment for Colombia’s terms of trade with sizeable movements in both oil and the US dollar, Colombia had GDP growth of 3.1% and Peru 3.3% – above the US at 2.4%, the fastest-growing of the developed economies in 2015, the Euro Area’s 1.5%, or Brazil’s -3.8%.

In terms of local presence, the only way, in our view, to secure attractive deals is by directly approaching companies, owners, and shareholders and to do that you have to be on the ground. We have one of the largest local teams here in Bogotá and we will shortly be adding a dedicated senior team member to source deal flow based in Peru.

LAVCA: How does Ashmore view the infrastructure needs in LatAm? What types of projects do you looks for?

Villaveces: Infrastructure is private equity’s single biggest opportunity in Latin America. Infrastructure accounted for almost half of the US$23 billion invested in Latin America from 2012 to 2015 by private equity funds, as per LAVCA’s data. This is reflective of the economies’ dynamics and what is driving growth. For instance, Colombia is a significant exporter of crude oil and the fourth largest net exporter of coal globally, while Peru has the world’s biggest silver reserves and third largest copper and zinc reserves. These commodities require infrastructure-related services, which is what our strategy is based on – private equity investment in infrastructure-related industries. The region’s significant and sustained economic growth has substantially increased the size of the middle class, in turn putting pressure on social infrastructure. An example of how we capitalized on this is Diacorsas, a Colombian private healthcare platform in which Fund I is an investor. Diacorsas has a proven track record of successfully turning around failing healthcare facilities in mid-sized cities and benefits from the growth in demand for quality healthcare, one of the largest trends we see in social infrastructure. In the medium term, we see excellent IPO prospects for Diacorsas and are excited by its future.

LAVCA: Can you describe Colombia’s 4G overhaul and what opportunity exists for an investor like Ashmore Colombia to generate returns?

Villaveces: Colombia is currently implementing a significant US$25 billion infrastructure road program. Core infrastructure projects typically don’t have the private equity returns we target, but they do create ancillary and exciting opportunities for our portfolio companies. For instance, Mamut, a Colombian logistics company in which Fund I is a majority investor, has been able to materially diversify its revenues due to Colombia’s 4G program. Oil & Gas contributed over 80% to Mamut’s revenues when we originally invested in 2011. Servicing infrastructure operators many of which have 4G-related contracts now makes up a sizeable new client base for Mamut, projected to be over 40% of its revenue in 2016. This is true not only in Colombia, but with our support Mamut has been able to successfully win business servicing infrastructure projects across the region. For example, Mamut was awarded the heavy lifting contract for the cranes required for the construction of Panama City’s second metropolitan rail line. While in Nicaragua, Mamut has recently delivered one of the heaviest loads ever in the country, successfully transporting two giant diesel engines each weighing 320 tons, the equivalent of 300 compact cars.

LAVCA: Has Ashmore Colombia leveraged relationships with global LPs from Ashmore’s other markets for fundraising or do you only target local investors and AFPs?

Villaveces: From the beginning, our investor base has consisted of both Colombian and international LPs. Outside of Ashmore’s global investor base, we leverage its 24 plus years of emerging markets investment experience, business operations group, risk management, and corporate governance practices. For instance, in 2011 Ashmore made the largest exit to date in Latin American private equity with the sale of Ashmore Energy International, which had 28 individual energy infrastructure assets, the majority of which were in Latin America, and gives Ashmore Group’s Investment Committee valuable perspective in our discussions. Local investors have been very strong supporters of Ashmore Colombia both in our funds and as co-investors. We also see them as attractive exit windows as they are natural owners of stabilized, operational assets with strong cash flows and corporate governance – which is what we aim for in all our portfolio companies.

LAVCA: Describe the current opportunities you are looking at?

Villaveces: I would say we have the best investment pipeline that I have seen in my career transacting in the region for the past 30 plus years. Firstly, for US dollar based investors, compared to the average exchange rate from 2010 to 2015, the US dollar has risen 65% against the Colombian Peso – this gives US dollar investors a great basis to buy into the region. The same is true for the Peruvian Sol. Secondly, many large companies with exposure to oil-related assets, which were bought on the assumption of US$100 per barrel oil, now need to de-lever. Finally, as interest rates in Colombia have risen to 7% to counter rising inflation, many companies have debt they can’t service. For investors such as Ashmore Colombia, who have capital available, this is a very attractive backdrop. We are looking at a broad number of opportunities across power, logistics, healthcare, and education.

LAVCA: What are the regulatory challenges for private equity investors in Latin America? Are certain markets more difficult than others?

Villaveces: Latin America has been split in the last several years between countries who are investor friendly and market oriented on one side, and those who are not, on the other. The challenges faced by investors in non-market friendly countries are huge, while those faced by investors in the rest of the countries are in many ways similar to those faced by private equity investors the world over. Locally, the Colombian and Peruvian governments are both historically pro-market with strong credibility for macro policy. The FARC negotiations and the Peruvian elections are important events this year. A successful conclusion to the current FARC negotiations would clearly be a positive, but we don’t base our projections around them. The Peruvian elections (though not as exciting as the US primaries) have two candidates still running, both of which are investment and market friendly. Certain markets, such as energy, have had interventions by the government recently against the backdrop of a long-running El Nino, and we have actively and successfully worked together with other private equity funds and industry groups, to ensure the regulator continues, what to date has been a very sound and forward-looking regulatory framework.

LAVCA: What are typical holding periods for an Ashmore Colombia’s investments and what are plausible exit opportunities?

Villaveces: Similar to many private equity funds, our target hold period is five to seven years. We are long-term investors, buying companies with regional growth opportunities, pursuing organic growth but also buy-and-build or add-ons where appropriate. We have a dedicated portfolio management team and are hands-on owners of our companies. Creating and building value takes time, but we are permanently looking for attractive exit opportunities. For example, in Fund I, a 2010 vintage fund, we have completed one full realization for 2x our money after just 16 months as well as two partial realizations, underlying how attractive the region is for strategic buyers looking to gain exposure here.

LAVCA: Can you share examples of ESG impact in Ashmore deals?

Villaveces: ESG is important to Ashmore Colombia as we believe strong corporate governance and adherence with best practices makes portfolio companies more sustainable and more attractive prospects at exit. An example in our portfolio is TermoemCali, a 234 MW dual fuel (gas and diesel) combined-cycle power generation plant. TermoemCali generates power during very dry seasons (El Niño) and during peak demand. With the help of our dedicated Environmental and Social Officer, TermoemCali has environmental, quality, and health & safety certificates including OHSAS 18001, ISO 14001, and ISO 9001. The company implemented new management information systems allowing better control of the plant’s operations and management in case of emergencies. The increasing use of natural gas has helped in reducing TermoemCali’s environmental impact through more efficient generation and reduced emissions of greenhouse gas. TermoemCali’s board has also recently approved a five year grant program with the AHIMSA Foundation Colombia which provides education and support to the local population of Los Piles area, a deprived area nearby to the plant.

LAVCA: Why did you join LAVCA?

Villaveces: Latin American private equity, particularly in Colombia and Peru, is in its infancy and in an exciting growth phase. LAVCA is a big supporter of the region’s development and private investment is an important part of its continuing success. We have created platforms such as private education and healthcare to capitalize on macro trends including the significant growth in the middle class and also the lack of quality provision of education and healthcare facilities. These investment themes are well travelled by private equity in developed markets, but we are among the first movers in both sectors here. LAVCA affords its members the opportunity to learn from GPs from across the world through its LAVCA/Wharton education programs and events, so hopefully we will continue to benefit from different networks, best practices and find inspiration for our next investment themes.