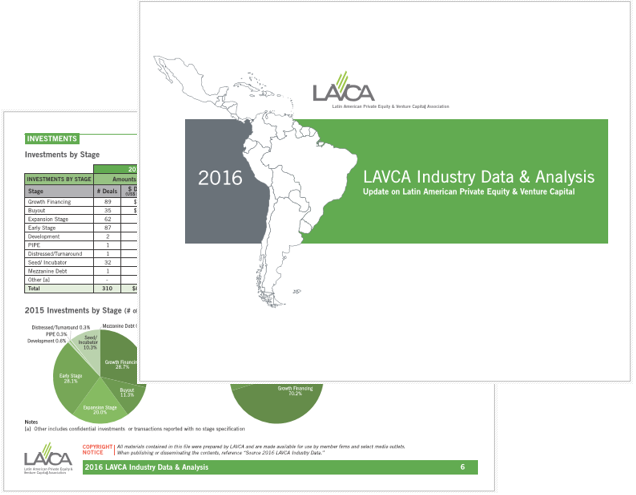 Latin American private equity (PE) and venture capital (VC) investors remained active in 2015 despite macroeconomic headwinds, with US$6.5b deployed through 310 transactions. Mexico, the second most active market behind Brazil, saw a record US$2.3b invested through 88 transactions in 2015, up 80% in number of deals and 72% in amount invested year-on-year.

Members can access the full report on fundraising, investments, and exits by using their login. Non-members can purchase the report here.