Getting Regulation Right: A Work in Process

Last week I took part in a panel discussion on the impact of regulation on emerging markets private equity just days after LAVCA launched the 2011 Scorecard  – our annual ranking which measures regulation and ease of investment for private equity and venture capital in 12 LatAm and Caribbean countries. Chile, Brazil, Mexico and Colombia topped out the 2011 ranking. 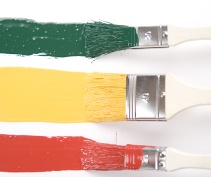 My co-panelists included Mark Florman, the new chairman of the BVCA who talked about the European AIFM Directive, and David Vaughn of the Investment Management Division of the SEC, who gave an update on the Dodd Frank reforms in the US.

Few Latin American investors seem to be tracking the progress of the AIFM, but LatAm GPs targeting Europe in their fundraising efforts could ultimately be affected as a host of restrictions go into effect. The AIFM Directive is now at Level 2, where representatives of the PE and VC industry are negotiating and setting the detail of the legislation with the new European regulator, ESMA.

Ironically, interest among European LPs in Latin America appears to be at an all-time high, but the new regulations would restrict their commitments to non-European funds over EU 500m. Florman is actively involved in the negotiations on behalf of the BVCA, and told me “I would encourage Latin American general partners to continue fundraising in Europe – the BVCA can advise on changes and how to prepare for future fundraisings.”

While policymakers in Europe and the US are grappling with how to regulate mature private equity industries, regulators in Latin America have taken a proactive approach, with regulation of PE/VC often preceding the development of industry. This has sometimes resulted in problematic rules which ultimately need to be modified.

One example has been the tendency to treat private equity and venture capital funds as if they were mutual funds (they are all ‘fondos’ in the eyes of regulators), with a requirement to report portfolio valuations on a weekly or monthly basis.

Eduardo Elejalde, chairman of LAVCA’s Public Policy and Global Standards Committee, points out that the dialogue on policy between private equity fund managers and regulators in Colombia has been productive, but that there is still work to be done.

“There are some issues that could still improve, such as the requirement that private equity funds issue units and titles in preparation for public trading which results in unnecessary administrative complexities in an industry that is by definition, illiquid.”

Looking out for local LPs
A key challenge is that policymakers looking to establish regulatory frameworks in new PE/VC markets tend to focus on protecting investors from downside risk as a guiding principle. There are several relevant examples of this approach in the LatAm countries where local pension funds are investors in PE funds.

In fact, the 2011 LAVCA Scorecard downgrades both Brazil and Peru on the indicator on restrictions on local institutional investors.

In the case of Brazil, local pension funds have played an active role in the development of the Brazilian PE industry over the last decade, backing first time and other local managers. But their requirement for a seat on GP’s investment committee has created a governance conflict and acted as a deterrent for international limited partners looking to invest in funds managed by Brazilian managers with pension fund commitments.

In Peru, the country’s banking superintendent has taken a conservative position on the approval of new funds over the last year, and decision makers at the agency have succeeded in slowing new commitments from the Peruvian pension funds to both domestic and international PE.

The Colombian pension funds are the most internationally active and sophisticated limited partners in the region today, but Elejalde points out that there are still issues with certain restrictions in the investment requirements for pension funds which could be made more flexible, “without impairing the general objective of the restrictions”. Elejalde manages a hydrocarbon in Colombia which is backed by the local pension funds.

The Mexican CKD (development capital certificate), a special vehicle which allows the country’s pension funds (Afores) to invest in PE, infrastructure, real estate and other funds, is another example of regulation geared to investor protection.

Afores invest in the publicly listed CKDs, obligating fund managers to use separate structures for local and international investors and to satisfy complex reporting and disclosure requirements. However, Mexican regulators have continued to streamline the CKD structure since it went into effect in late 2009 and there is hope that in the future they will no longer need to be publicly listed.

Engaging policymakers in 2011 and beyond
Another member of LAVCA’s Public Policy Committee, Susana García-Robles of the Multilateral Investment Fund, has monitored the results of the LAVCA Scorecard since its first launch in 2006 and takes an active role engaging with regulators.

“Now that the region has the attention of international investors, countries should try to streamline their regulatory processes and improve the funds’ governance. In parallel, if countries like Peru and Colombia, as well as Brazil, do not focus more aggressively on starting and growing a sustainable seed and venture capital industry, they run the risk in a few years to have a one-sided industry with a limited pipeline of new companies to back.”

Brazilian fund manager and LAVCA committee member Álvaro Gonçalves has been at the forefront of interacting with regulators and influencing initiatives such as the new Brazilian governance code for PE and VC. The code was a joint effort of Brazilian associations ABVCAP and ANBIMA.

“It is critical to focus on the issues that will affect the development of the industry and to raise them with regulators, at the country, regional and global level. The LAVCA Scorecard has been a useful tool in that effort, and now we will also be addressing these issues through the Public Policy Committee.”

It’s worth noting that global investors going into Latin America for the first time are generally very positively impressed by the level of political commitment to working with international and local private capital investors, and the relative ease of doing business as compared to other emerging markets. Many find greater institutional and legal certainty as compared to the ‘RIC’ countries in BRIC.

Getting Regulation Right: A Work in Process was last modified: May 19th, 2011 by Editor
LAVCALPsRegulationScorecard
0
Facebook Twitter Google +