Executive Briefing: On the Road in Colombia and Argentina

This week LAVCA is on the road in Buenos Aires and Bogota, and Yigal Erlich, the founding father of Israel’s venture capital industry, is making the trip with us. On Tuesday Erlich addressed the inaugural conference of ARCAP, the Argentine VC/PE/Seed Association, which was hosted with support from LAVCA’s regional office in Buenos Aires. ARCAP board members including Federico Weil and Eduardo Elsztain are looking for lessons from the Israeli experience in order to spur fund formation in Argentina. 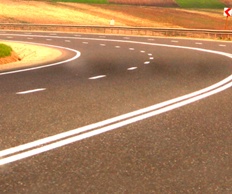 On Thursday Erlich will deliver a keynote to an audience of 170 global and local investors at LAVCA’s third Colombia Forum in Bogota. Venture Capital activity is relatively limited in Colombia – the only institutional VC fund active today is Medellin-based Promotora de Proyectos.  But state development bank Bancoldex is working with Susana Garcia Robles of FOMIN/IDB and others to grow this segment of the Colombian fund industry, and Erlich’s visit will include a series of meetings with high-level Colombian policy makers to explore models for developing the industry.

LAVCA’s annual Colombia Forum was launched in 2008 in response to sustained interest from managers and institutional investors who have turned their attention to this country of 49 million following dramatic improvements in the security environment during the administration of former President Uribe.

Putting Colombia on the map

Today Colombia is perceived as one of the most exciting opportunities in Latin America: its highly diversified economy is the fourth largest in the region and has grown rapidly over the last five years. Importantly, per capita GDP now breaks US$5,000, which is the level at which middle-class consumption starts to accelerate.

Global and regional PE firms that had overlooked Colombia in the past are actively seeking deal flow in the country today. Diego Serebrisky of Advent International has been exploring the market for more than two years, and is excited about the opportunities he is seeing there:

“We are looking at sectors where we have significant experience in Latin America, such as retail, financial services and healthcare, but are also exploring new sectors that we think might be especially interesting in Colombia. One example is energy, where growth is being driven by the increase in electricity consumption. The other is oil and gas services. Oil E&P is growing rapidly in Colombia and is receiving a significant amount of foreign investment.”

Among those investing in oil and gas is LAVCA chairman and founding partner of LAEFM Eduardo Elejalde, who recently closed his second Colombia Hydrocarbon fund for $220m.

Elejalde was the first of a handful of managers to raise a local fund in Colombia when regulation was passed in 2004 permitting the country’s six private pension funds to invest in private equity funds. Since that time the Colombian pension funds (or AFPs) have expanded their commitments to the asset class, at the same time that regulators have continued to modify rules governing their investments. In 2009 the AFPs made their first commitments to global firms, including Blackstone and KKR, that are investing outside of Colombia.

The availability of local institutional capital has drawn a who’s who of global PE firms and funds of funds to Colombia in recent years. Peter Lipson of HarbourVest has been working with the AFPs during that period and has commented that “their due diligence processes and allocation strategies have evolved quickly to the point where we would rank their processes and sophistication consistent with many of our global LPs who have been investing in the asset class for many years.”

Lipson believes that the biggest issues facing the AFPs over the next 18 months will be how to decide whether to re-up with their local managers given the lack of realizations, and how to diversify geographically beyond the Americas and into stages other than buyouts.

Another firm that has secured commitments from the Colombian AFPs is The Rohatyn Group (TRG), for a fund that will have both a local and a Canadian vehicle to be invested opportunistically across Latin America.

Many firms see Colombia as an important piece of the regional puzzle and are developing ‘ex-Brazil’ strategies that target deal flow in Colombia, Peru, Chile and Mexico, and looking to build regional ‘multilatinas’ in sectors such as healthcare or retailing.

Colombia as a key piece for any company expanding regionally, and sees portfolio companies investing from the South and the North into the country.

“We see opportunities in sectors such as financial services, IT and retail, particularly as larger firms rationalize their non-core divisions.  One example of this was the management led buyout of Rentandes, where we acquired an undercapitalized business in a rapidly growing space, from a large Colombian conglomerate.

“In addition firms looking to expand regionally see Colombia as key for any expansion plan, such as our partners Peruvian retailer IASA and Costa Rican-based IT company, ITS Infocom, both of which opened operations in Colombia in recent years.”

As in other parts of Latin America, infrastructure is a major theme in Colombia, with global firms including Brookfield, Ashmore and Darby raising local funds for the market.

Darby plans to invest in transportation projects in Colombia and to a lesser extent in other infrastructure sectors and neighboring countries, through a peso-denominated fund raised together with local financial group Colpatria. This year the fund had a first closing on $90m with commitments from Colombian institutional investors.

According to Jorge Castellanos, who manages the fund (FINTRA) for Darby, the infrastructure picture in Colombia varies according to sectors.  In some areas such as electricity generation, transmission, and distribution, the regulatory framework developed over the last decade has provided the incentives for investments to meet growing demand. Oil and gas, mining, and communications have also benefitted from effective policies to entice private sector competition in these industries.

But in areas like transportation, and especially roads, all indicators point to a deficit compared to other countries in the region or at a similar stage of development, and there is agreement among experts that the regulatory framework is sorely lacking.  The new government has singled this area among its priorities, and aims to reform how public works and concessions are selected and built.

One of the key themes at the LAVCA Colombia Forum will be to weigh the downside risk of the relatively recent rapid inflow of capital allocated for private equity opportunities in Colombia.

HarbourVest’s Lipson points out that right now there seems to be more capital than deal opportunities, “which we all know causes purchase price multiples to increase. The issue for many of the AFPs is that they are often LPs in funds competing for the same deals, which always causes LPs some concern.”

While many managers cite a strong pipeline for smaller and mid-market deals in the $5m-40m range, there is are a fairly limited number of $150m+ deals to be done.

Another critical issue going forward will be the realization of exits, particularly for the crop of local managers that have raised and invested their first funds. Trade buyers have moved back into Colombia as the security environment has improved, generating opportunities for strategic sales.

Capital markets are booming thanks to the AFP’s increased allocations to equities, and to the exceptional performance of most stocks. Martin Diaz Plata of Capital International says “This has allowed PE players to believe that the public markets are indeed a credible exit route. The market is still not as liquid and deep as Brazil but the progress is encouraging.”